Upflow Vs. Downflow Water Softener Skip to content
As an Amazon Associate We Earn From Qualifying Purchases at no extra cost.

The most puzzling dilemma, especially for any new homeowner, is which side of the upflow vs. downflow water softener debate to support. Trust me, I understand how challenging it gets when choosing between two closely related products.

Sure, both are great and will serve you just well, but what are people saying? Although your final decision should be solely dependent on your own views, the opinion of others can help you make the right choice.

Continue reading along to determine which of the two best suits your needs and solves your problems.

First, you must understand that the upflow and downflow phenomenon happens during brining or regeneration, where trapped positive ions of calcium and magnesium, among other contaminants, are flushed out of the system.

To better understand these two systems, we will first discern the differences and explain some advantages as we try to help you make the right choice. Let’s jump right in:

Is there any difference between the two water softeners?

The main difference is that the brine solution flows through the salt tank from the top slowly down to the bottom and finally out through the valve to the drain in downflow regeneration.

Remember, the flow happens in the same direction as the service flow (co-current).

In upflow water softeners, the brine solution flows through the salt tank from the bottom as it slowly rises to the top through the resin bed,

then it goes up through the base of the control valve to where it finally drains in a countercurrent flow.

Between upflow and Downflow Water Softener, which one is Most Efficient?

The question of efficiency; now, this is where you get the rivals to stop fighting. But do they?

Are we really going to regenerate co-currently (downflow), or should upflow brining be instilled as the best alternative for water softener regeneration?

Upflow regeneration is arguably the most efficient and boasts about five percent more efficiency when recharging resins with brine. Also, they use a lot less water when regenerating as they have more capacity in between brining and will use a similar amount of water after each regeneration.

But why do most water softeners use downflow regeneration? Well, some would argue that the question of efficiency is rather trivial but what I have noticed is that when dealing with really hard water rich in iron and tannins and using the upflow regeneration system, the residues tend to cover the inside of the uptake valve body.

Over time you will have to open the entire salt tank to get rid of the sediments in the upflow valves. Besides, they are too complicated for life, and the only benefit witnessed is saving on salt and water. That doesn’t sound attractive.

So, why trouble with the convoluted regeneration process if there is little value? Pause a little and take a more defined look into the process of ion exchange.

You see, with upflow regeneration, there are little to no hardness leakages which makes it use low salt doses. With that in mind, note that low salt doses are always more efficient than high salt doses, which eventually means that you save more salt.

Check out this DuraWater water softener on Amazon

But the problem arises when the resin bed fluidizes, and the beads get into contact with the upflow leakage, which then reduces its effectiveness. Worse still, if it fluidizes when adding brine, the sodium ions won’t rise to the surface, causing a severe loss of efficiency.

This problem is a complex one to control, and it has been the significant downfall cause of the upflow water softeners.

If you are yet to realize it, most manufacturers and households prefer downflow water softeners because the process is simple and guarantees faster regeneration, thus a constant flow of the software.

Also, it is suitable, especially when dealing with extremely hard water rich in iron and tannins. Because the flow is in a common direction (co-current), little to no sediments remain in the valves. More so, there is no fluidizing when dealing with downflow water softeners.

Although they don’t have greater efficiency than the countercurrent softeners, they still provide soft water for household use. Besides, they last longer than their counterparts.

Check out this IronFleck water softener: 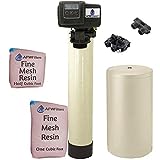 If you are after efficiency, upflow water softeners are better than downflow water softeners. More so, you will save on salt used during brining. However, it is prone to fluidizing, a difficult situation to control, and the major cause of its downfall.

Genesis water softeners use countercurrent (upflow) regeneration to save up to 70 percent on salt usage and about 64% on water. This statistic makes it one of the most efficient water softeners in the market. However, they face the fluidizing problem that has proven to be a serious problem for a while.

Why are water softeners banned in some countries?

Most states have passed laws to limit the use of water softeners while others, such as California, totally banned their use. But why?

During regeneration, what is flushed out from the system is a salt-filled solution that is not good for the environment and agriculture.

This fluid is flashed into sewage lines, and water treatment plants can’t facilitate the removal of these salts, so they end up in mainstream water sources such as rivers often used for irrigation.

Although the countercurrent (upflow) process seems too complicated, if it is heavily adopted, most environmental enthusiasts will upvote it as an environmentally friendly alternative.

However, downflow water softeners, on the other hand, regenerate faster, giving you quicker access to soft water. Also, they are fairly efficient in the long run since they don’t face problems with fluidizing. 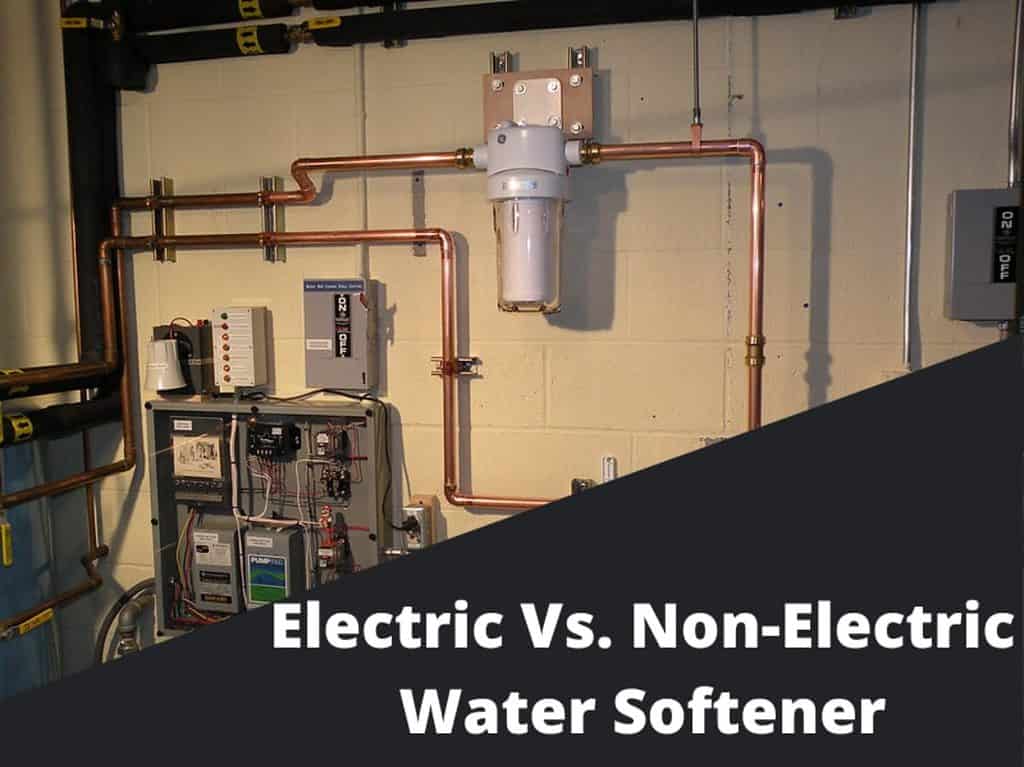