How To Remove Salt From Water At Home - Skip to content
As an Amazon Associate We Earn From Qualifying Purchases at no extra cost.

With the ever-increasing world population, the demand for freshwater continues to overstretch the supply. It is an essential resource that helps us run our day-to-day activities. We need fresh water for cooking, drinking, washing, and even for our animals. Its importance cannot be underestimated.

Surprisingly about 71 percent of the earth’s surface is water, while the remaining 29 percent is the landmass we live on. Of the 71 percent, about 96.5 percent is water found in oceans.

So someone would ask, why should people suffer so much due to lack of water when we are surrounded by this resource? You can as well ask that person to drink from the ocean. But not really; humans can’t take ocean water. So why?

Salt is the problem. A vast proportion of the earth’s water is highly saline, making it unsuitable for human and animal consumption. Desalinating the water on an industrial scale is a demanding process, often requiring a lot of energy.

However, there are simple methods you can use to remove salt from water in the comfort of your home.

How to Remove Salt from Water at Home

These processes may not guarantee you large quantities of water capable of sustaining you for a long stretch. But quenching your thirst and preparing a meal or two is not so bad after all.

There are two methods you can use to desalinate water with locally available products at home. These methods encompass the use of evaporation.

This method can prove to be the ultimate savior when you get stuck in the desert alone, and the only water you have is salty. You can use it at home, although the process is relatively slow, and not so much freshwater is harvested.

The good thing about this method is that it uses natural energy from the sun to purify the water.

What you will need for this process:

First of all, you need to dig a slightly deep hole in the ground and then pour in the salty water. Some of the water will be absorbed into the ground.

Put in some vegetation such as leaves and grass to preserve moisture, and then place your collecting container at the center of the hole.

Cover the hole with the plastic bag and put some soil at the center to sink in the paper with the sunken part directly pointing to the collecting container. Once you are done, stay hopeful that the sun will shine so that the heat evaporates the water in the soil.

The evaporating gases will condense on the plastic bag, and the now pure water will flow into the collecting container. If you want to collect more water, it may require more sophisticated entrapments and larger holes.

As we happen to know, salt easily dissolves in water to form a solution. This solution encompasses strong chemical bonds that can only be broken with high thermal temperatures.

Energy is a costly resource which means that desalinating water is also pretty expensive. Although thermal distillation is one of the most efficient methods, the costly expenses tend to put it off.

Some countries such as the UAE and Saudi Arabia have no snags using this method because petrol is cheaper.

The following steps show how you can use thermal distillation to extract fresh water from salty seawater at home.

What you will need for this process:

The initial step is to fill the pot with salty water. Place the Pyrex glass at the center of the pot and ensure no salty water gets inside.

You may opt for a metallic or clay cup because they are pretty resistant to heat. Also, don’t fill the water to the brim as you don’t want the bubbling water to go inside the collecting cup.

Once the cup and water are in place, cover the pot with the top part of the lid facing inside the pot. The sunken part should align with the collecting glass inside the pot.

The lid cover should be properly sealed with the edges of the pot. Failure to do this could result in steam escaping, which is the freshwater we are trying to harvest.

Place the pot on the stove and light it, then bring the water to a slow boil. Boiling under low temperatures prevents salty water from splashing into the collecting glass or cup.

When the water starts picking heat, it begins to slowly evaporate. When water evaporates, it leaves behind all the impurities that had dissolved in it. It evaporates as pure water.

The steam collects on the inner surface of the lid cover, where it also condenses. The condensing water then flows into the collecting cup as pure freshwater.

After you have collected enough, switch off the stove and let everything cool down before removing the collecting cup plus the freshwater. You now have safe water suitable for drinking and other activities.

How to Remove Salt from Water without Boiling

For a long time, desalinating water has solely depended on the use of high temperatures. But with the advent of technology, better methods are emerging, some of which could change the game for good.

Although these methods are uncommon, they still serve the purpose.

Salt is removed when the water passes through a permeable membrane. In this case, the membrane acts as a filter allowing only pure water molecules to get through.

Dissolved contaminants such as salts and other minerals remain on the other side of the membrane. This method requires specialized equipment for it to work perfectly.

Reverse osmosis is efficient in large-scale operations because of the costly equipment and other expenses. However, there are reverse osmosis systems designed for your home, even though they are pretty costly. 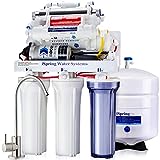 Electro-dialysis is a method that uses electricity to separate salt from water. Place a negatively charged cathode and a positively charged anode in a container with salty water, separate with a porous membrane with either side having one terminal.

Salty water has dissolved ions; therefore, the charged terminals will pull the dissolved ions towards them, leaving the water free from salt. However, this method does not eliminate bacteria and other non-ion contaminants.

How to Remove Salty Taste from Water

The salty taste in water is usually because of the presence of salts such as sodium chloride. To get rid of the taste, you need to eliminate the salt from the water.

You can use methods such as thermal filtration through boiling or reverse osmosis and electro-dialysis. These methods are likely to be expensive and are most suitable for industrial or commercial use.

How to Neutralize Salt Water

The most convenient method to neutralize salty water for your home use is by using systems equipped with reverse osmosis filters. They may be expensive but will get the job done without much effort.

One of the best RO filters available is the iSpring RO drinking filtration system. It can easily fit under your sink and has a booster that keeps the pressure as required.

Why does my water suddenly taste salty?

If you are using a reverse osmosis system, it could be that the system is failing. Otherwise, there could be a high concentration of chloride ions from your water source.

Can you turn seawater into drinking water?

Naturally, humans cannot drink seawater because it contains soo much salt. However, there are methods you can use to remove the salt from water.

Such methods include thermal distillation, reverse osmosis, electro-dialysis, and the solar still method.

How do you naturally desalinate water?

The most natural way to desalinate water is through the solar still method. It is a method that uses the sun as a source of heat to cause evaporation, thus separating fresh water from salt.

Water is a natural resource that each human being has a right to access. But this is not usually the case because not so much fresh water is available to satisfy the demand. Although oceans and seas provide salty water, the high salinity can cause death in humans and animals.

However, methods such as reverse osmosis, electro-dialysis, thermal distillation, and solar still methods can remove the toxic salt from the water. The processes may be expensive to operate, but freshwater is essential for the human race’s survival; thus, the costs don’t really matter.

The Cheapest Way To Remove Iron From Well Water 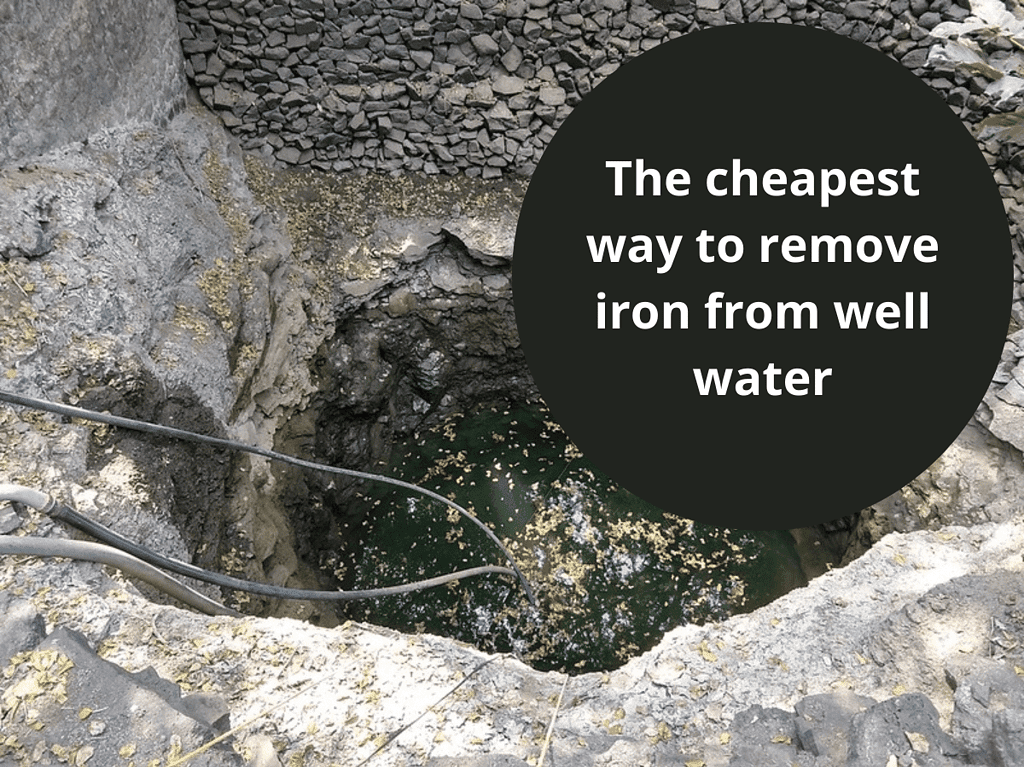